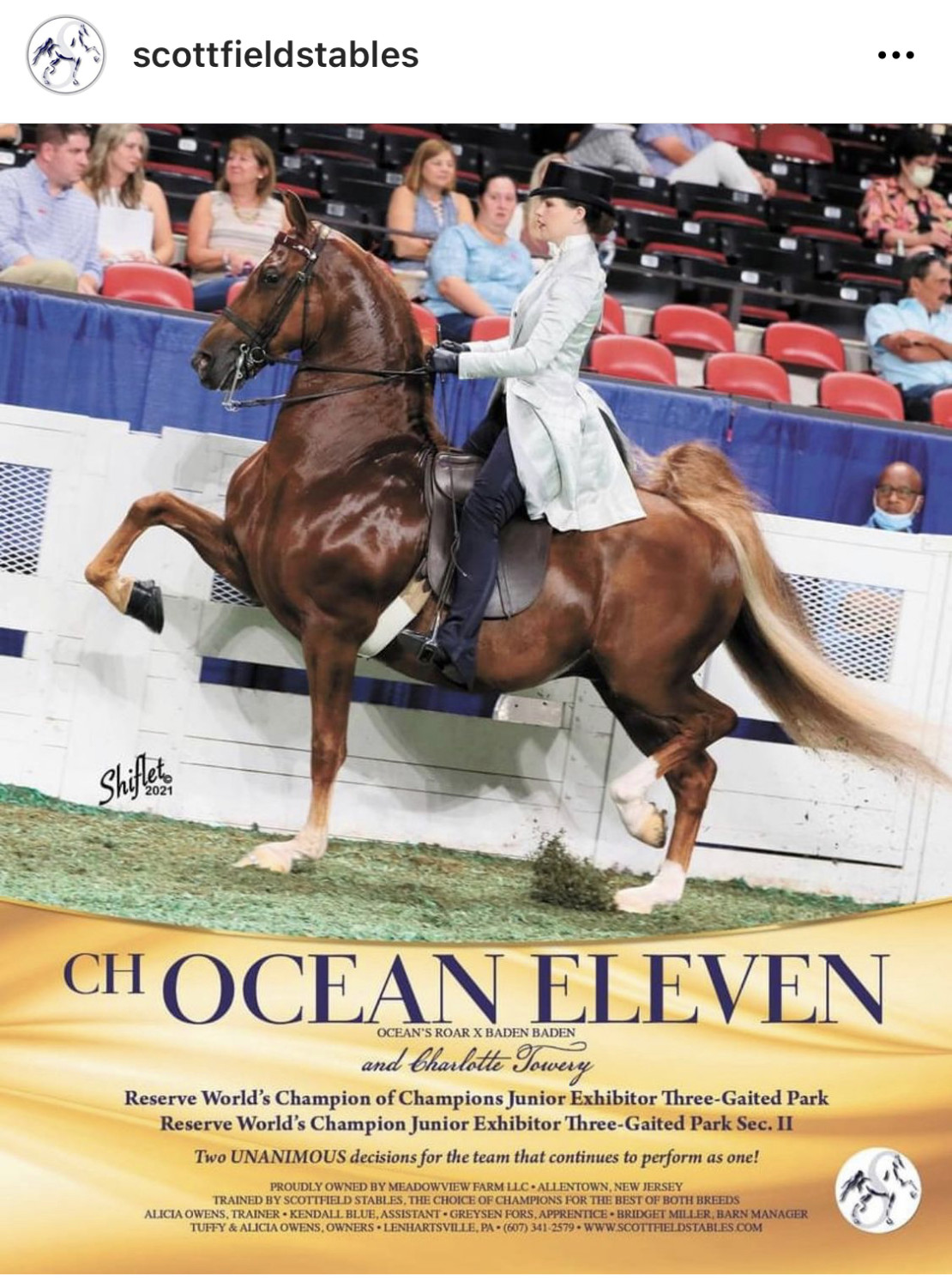 In only their second season together, CH Ocean Eleven and Charlotte Towery we superstars at the Kentucky State Fair and World Championship Horse Show to win the Reserve World Champion of Champions title in the Junior Exhibitor Park Championship! This was a repeat of their Reserve World Championship earlier in the week. With proud (and very enthusiastic!) grand mother Brenda Helt cheering from the stands, Charlotte and “George” lit up the green shavings to put together their two best performances to date, peaking at just the right time to take on all comers in the hotly contested division. “George” certainly has a legion of fans and every single one of them is rightfully earned; he is the ultimate show horse, giving 110% every single day and looking far younger than his 15 years suggest. We sure are lucky to have this great pair, and we look forward to what the future holds!