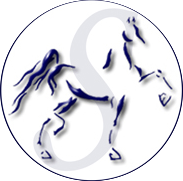 For the second year in a row, AMP Horse Show Services and show manager David “Tuffy” Owens were presented with two UPHA Chapter Honor Show banners, as chosen by the members of Chapter ¾ and Chapter 5. The UPHA Chapter 5 Honor Show of the Year was the UPHA Chapter 5 Horse Show in Kansas City, Missouri. Chaired by Robert Stezovsky, the 2016 event was once again a huge success. Now the honor show for this chapter for four consecutive years, the UPHA Chapter 5 Horse Show will try for five years in a row, May 10-13, 2017. Lisa Waller will be the judge this year, with Missy Hughes Smith as the new chapter chair and show chair. With the Madison Classic Horse Show back on the schedule in 2016 after a two-year hiatus, its return to the calendar was received with great excitement. The UPHA Chapter ¾ Honor Show for 2016, Madison is chaired by the tireless Lynda Freseth. Lynda and Tuffy teamed up in 2015 for a chapter honor show title for the Wisconsin Futurity Horse Festival. With a ton of momentum headinginto 2017, the show dates will be May 25-28, with Melissa Moore as the judge. Scott Matton is the chapter chair this year, while Lynda Freseth will remain at the helm as show chair.
In the four years of its existence, AMP Horse Show Services has never been beaten out for a chapter honor show banner at the UPHA National Convention!